For the last month, I scoured the internet for every single animation podcast I could find. I looked for podcasts on:

I was able to find over 50, and I’ve included them all in this post.

I did this because I’m currently on my own journey into an animation career, plus in 2018 I started my own podcast.

The podcast is called The Animation Industry Podcast and every week I interview some of the biggest names in animation to learn their stories, the failures they went through, and the skills they developed to reach success.

I’ve had the pleasure of interviewing people like Fred Seibert (Frederator) on how to pitch a show to studio executives, Tracy Strong (Pipeline Studio) on how to make a career in 2D special effects, Rikke Asbjeorn and Chris Garbutt (Nickelodeon & Netflix) on how to become a Showrunner for Netflix, and many more.

Here is one of my favourite interviews with one of the original hand-drawn animators on Cuphead, Tina Nowbroski:

Of the 51 podcasts I found, 30 are podcasts that currently publish fresh new episodes on a regular basis. The other 21 have since ended, but you can still listen to their archived episodes.

I’ve listed all the podcasts alphabetically and included some basic details on each, including:

So, if you’re interested in animation in any sense, I hope you find a podcast or two that you like!

The following podcasts are publishing fresh new episodes on a regular basis. They are listed in alphabetical order.

If you happen to know of a podcast that isn’t in this list, please reach out to me: terrystories[at]gmail.com 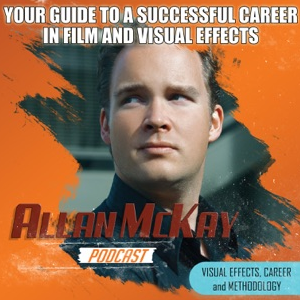 The Allan McKay Podcast is a show for MoGraph artists by MoGraph artists. They interview Designers, Animators, Producers, and other folks related to the industry. 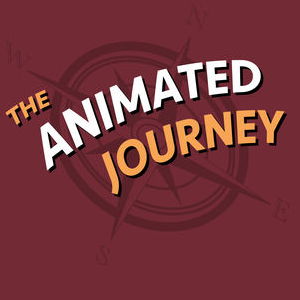 The Animated Journey is a bimonthly podcast featuring animation professionals currently working in television, film and games. Veterans as well as newly minted professionals in the field share their tales of becoming a part of the animation industry and how they continue to enjoy the journey.

The Destination Podcast is run by The Destination, a comic book shop in Louisville, Kentucky. Tune in and you’ll hear a review from the shop’s employees on every TV show you can think of (including lots of anime).

In the Animation Industry Podcast, Animator Terry Ibele interviews animation professionals from every aspect of animation (Storyboarding, Directing, Freelancing, Visual Development, etc.) to discover their journeys, the struggles they endured, and the skill sets they developed to become successful.

YouTuber AnimMat reviews absolutely every animated film and TV show you can think of in Animation Lookback.

Julia Smuts Louw of Animation South Africa brings you Interviews with animation professionals from South Africa and beyond. Episodes include Peter Ramsey, director of Spider-Man: Into the Spider-Verse, South African 2D Specialist Mike Scott, and more

Josh, Gavin, Corey, Hanna, and Oliver sit down every week to discuss everything animated – from the latest shows on Netflix, to their favourite anime, comics, and everything in between.

Black-n-Animated educates, informs and inspires black artists pursuing careers in animation. It’s hosted by Breana Williams and Waymond Singleton, who bring on a different guest weekly to talk about their careers.

Chiu Stream is hosted by Emmy winning creator and award winning artist, Bobby Chiu and is about everything to do with life as an artist. Join Bobby as he interviews top artists working in film, animation, tv, illustration, games (Iain McCaig, Craig Mullins, Brenda Chapman… etc) and shares his own thoughts and philosophies about art and being an artist.

Every week, Cyncial Cartoons takes a look at a weird piece of animation history  – whether that’s a kids cartoon based on an R rated action movie or an ill-conceived reboot, they break it down.

Directors In Animation Podcast is a biweekly podcast all about the ups and downs of directing animation films and series. It is hosted by Avgousta Zourelidi.

The DIY Animation Show is the place to learn tips and tricks to make your own animated web series, shorts, features and gifs. It’s hosted by Jessica Doll and Lauren Morse.

The Fantasy/Animation podcast examines the relationship between fantasy storytelling and the medium of animation. Each episode, “doctor of fantasy” Alexander Sergeant (Bournemouth University) and “doctor of animation” Christopher Holliday (King’s College London) discuss a different example of fantasy/animation, considering how it fits within both the history, theory and industry of the two medias, mediums and genres. Joined by expert guests, including animators, historians, archivists and fans of both fantasy and animation, the podcast is the number one authority of all things drawn, imagined, sculpted, shaped and created.

Tune in to hear about animation, the industry, workflows, and wisdom from today’s animation pros.

On Animation is a series of interviews with leading artists in the animation industry.

Pixar Post is comprised of husband and wife team T.J. and Julie Wolsos who share the latest Pixar news and interview some of their leading animators.

21. Pixels in the Animation Podcast

YouTuber Rebel Taxi talks everything animation and often brings on guests to join the chat.

New York Animator, Stephen Brooks (aka “Rubber Onion”), hosts a weekly podcast where he talks about all the animation news you can think of. He’s also developed a community of animators who compete in friendly animation battles (for prizes!) every month. 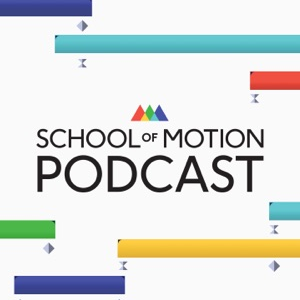 School of Motion is a podcast for MoGraph artists by MoGraph artists. They interview Designers, Animators, and Producers to talk about Adobe After Effects, Cinema 4D, Photoshop and Illustrator. 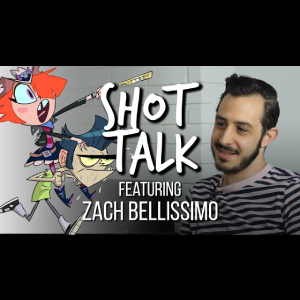 Shot Talk is hosted by Rodrigo Huerta, a former DreamWorks animator and director for Fox animation. Shot Talk is a platform that allows some of today’s top animators share their stories, experiences, and perspective and as well as entertain and enrich the listener. 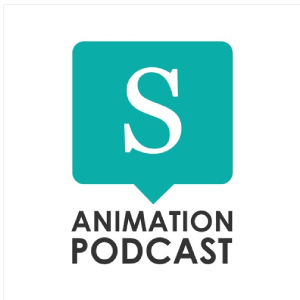 The Skwigly Animation Podcast focuses on news, reviews, and interviews from professionals in the United Kingdom. 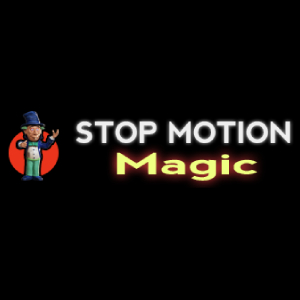 Master claymation animator Marc Spess jumps on YouTube every Wednesday to discuss stop motion, festivals, how to build puppets, the latest computer software and more. All podcasts are live, so anyone is free to join the conversation.

The Tonkocast is run by Tonko House Studio. In the podcast, they discuss the latest news, and bring in some of today’s today animation talent.

30. What a Cartoon Podcast

What A Cartoon is a podcast that attempts to explore every cartoon ever. Join hosts Henry Gilbert and Bob Mackey (as well as several guests) for an in-depth look at a different episode of a different cartoon every week!

That concludes the list of currently running podcasts – if you happen to know of any others out there, please get in touch with me so I can add them to this list – terrystories[at]gmail.com.

The following podcasts are no longer running, but you can still listen to all their archived episodes. They are listed in alphabetical order. 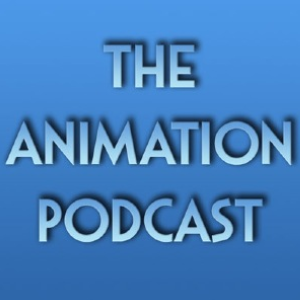 Animator Clay Kaytis interviews a handful of some of the biggest names in animation, including James Baxtor, Glen Keane, Ray Harryhausen, and more.

2. The Animation Podcast by FilmBook

From Disney, DreamWorks, Pixar, Don Bluth and everything in between, each episode Morgan Stradling, Chelsea Robson & Mason Smith have an in-depth discussion about and review an animated film.

Ben and Mr. Neil discuss animations they’ve enjoyed from the past. They also invite guests on to have a round table discussion where they debate reviews.

Marc Vibbert and Matt (with occasional guests) catch you up with news, recommendations, and film reviews. 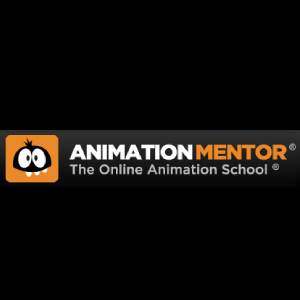 Industry professionals, Kris Wimberly & T.A.N. Crew, reach out to their animation network to discuss network animation. The goal of this podcast is to excite and inspire people interested in animation, answer burning questions specifically about TV animation, and share a colorful spectrum of experiences that lead industry pros to where they are today.

8. Behind the Scenes of Gravity Falls

Alex Hirsch takes you behind the scenes of every episode of Gravity Falls to discuss how each episode was written and put together.

9. Drawn: The Story of Animation Podcast

Hosted by Holly Frey, Drawn: The Story of Animation is a limited-episode podcast featuring episodes about villains, women in animation, sound design, and more.

A limited-run podcast of 30 episodes posted over the 30 days of April in 2019, the Every Day Animation podcast brought on various animation professionals and internet celebrities to talk review animated TV shows and films.

Tucky, Rob, and Andrew give news and reviews on every form of animation – from CG to anime, and everything in between.

Animators Adam and Andrew discuss various topics and bring on special guests to discuss the latest projects they’re working on. 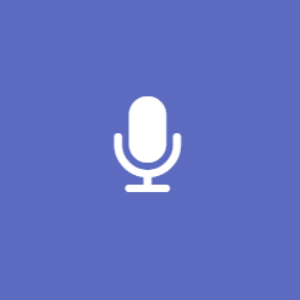 Justin Goran and Ian Strandberg talk about independent animation and the challenges faced by independent creators.

Host Hector Navarro takes you behind the scenes and into the brains of TV and Film animation creators, artists and voice talent. 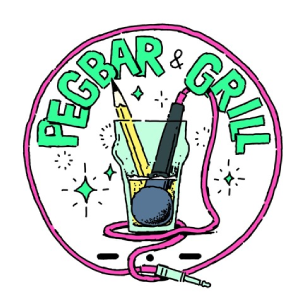 In this podcast, Tim McCourt and Sam Taylor talk to some of their favourite filmmakers and animation creators.

Rusty Gray from RustyAnimator.com dives into the art of animation, how to learn the craft, and make a living as an animator in VFX, Feature, or Games. He covers topics like animation workflows, animation schools, personal struggles, successes, demo reels, and more.

Animators Ben, Adam, Jacob, and Stephen interview each other and their friends in the industry on a range of topics.

Pixar Animators Marc Walsh, Travis Hathaway, and Michael Makarewicz aim to teach young animators the history of the craft, techniques, and where animation as a medium is heading. 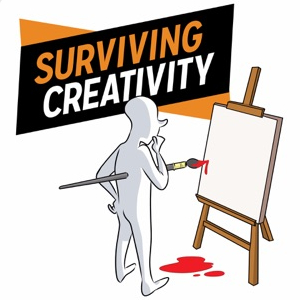 Well-known Voice Actor Rob Paulsen sits down with various other voice actors to discuss their experiences.

The premise of this podcast is simple: two guys sit and watch, then review every single theatrically released Disney Animation Studios movie from “Snow White” to “Moana.”

Know An Animation Podcast Not Included?

That completes this giant list! If you know of any other podcasts, I’d love to add them. You can get in touch with me at terrystories[at]gmail.com

And if you’re on your own animation journey, I hope you join me on the Animation Industry Podcast.